I’ve been a huge fan of Warren Buffett and his partner, Charlie Munger, for more than 25 years. When I started to get serious about the world of investing, I remember reading about Buffett’s company, Berkshire Hathaway. What I remember most was that the stock had never split its price and had only one (tiny) dividend in its long history. That left the stock price, in 1994, at a “whopping” $16,000. Today, Berkshire trades for $253,500 per share!

That same article also said Berkshire’s Annual Shareholder Letters, written by Warren, were “required reading” for any serious investor. After reading my first ten of these letters, I was hooked. I’ve eagerly awaited these “Oracle of Omaha” letters ever since.

I’ve also followed Berkshire’s Annual Shareholder meetings. If you are not aware, these meetings have been held in Omaha, Nebraska each year and have turned into quite the spectacle. So much so, the multi-day event is often called “Woodstock for Capitalists,” with over 40,000 attending the event.

The highlight of the weekend has always been when Warren and Charlie, now 89 and 97 years old respectively, open up the meeting to audience questions. The duo answers hours of questions ranging from Berkshire accounting practices and Berkshire holdings to general investment advice and life lessons. I’ve known several people who have attended these meetings, and every one of them, even those who are not Warren “groupies”, have walked away impressed with the shared wit and wisdom.

I’ve always wanted to attend the Berkshire Annual meeting  but have never made the pilgrimage. Fortunately, these meetings are well covered by the financial press, so I’ve been able to keep up with the advice that was shared.

For obvious reasons, this year’s Berkshire meeting was held in a completely different format. The event was available to watch live over the Internet for everyone to see. I was able to attend from my home office! I was more than excited to hear Warren and Charlie share their views on the coronavirus, its impact on the world economy, its impact on their investments, and most of all, details about the investments they are making during these declines. 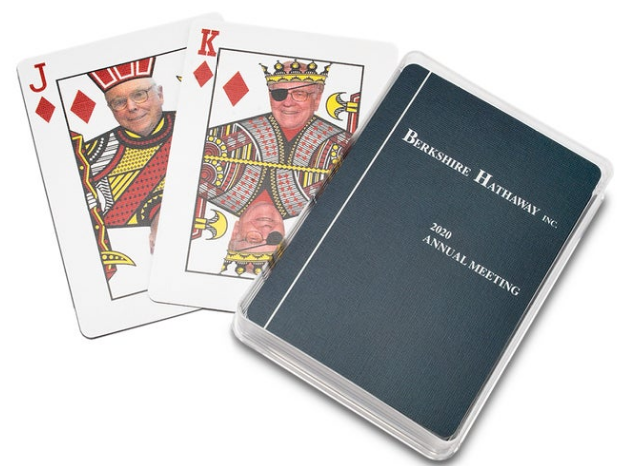 Looking back – Warren and Charlie have a long history of taking advantage of market declines over their 50+ year investment careers. Over the years, they have been clear about this philosophy:

The duo put their money where their mouths were when they bought billions in stocks during the depths of the Global Financial Crisis. Since that time, things have mostly been quiet. Berkshire has made few purchases in the last ten years, and the company has been stockpiling cash. Warren explained their thoughts in his January 2019 Shareholder Letter: “In the years ahead, we hope to move much of our excess liquidity into businesses that Berkshire will permanently own. The immediate prospects for that, however, are not good: Prices are sky-high for businesses possessing decent long-term prospects… We continue, nevertheless, to hope for an elephant-sized acquisition. Even at our ages, that prospect is what causes my heart and Charlie’s to beat faster.”

Getting back to the day of the meeting - With the stock markets dropping some 35% from its February peak and Berkshire’s $120+ billion in cash available to make some purchases, surely Buffett/Munger were eyeing an “elephant” or a maybe even a whole pack. I was practically rubbing my hands together in excitement.

My excitement was gone soon after the event started.

First, Warren was not joined by Charlie. This was disappointing but expected given that Charlie lives in Pasadena and he’s 97 years old. Warren did make clear that Charlie is as healthy and sharp as ever, but they decided travel was not a good idea.

Warren then spoke for one hour, sharing historical examples of the resilience of the U.S. and U.S. stock markets. When he got to today, he was clear that the possibilities for the U.S. economy were “extraordinarily wide” given the coronavirus crisis. He ended by saying, “But even facing that, I would like to talk to you about the economic future of the country. Because I remain convinced, as I have - I was convinced of this in World War II, I was convinced of it during the Cuban Missile Crisis, 9/11, the Financial Crisis - that nothing can basically stop America.”

Then Warren shared that he was selling! Specifically, he had sold all of his airline holdings. (Berkshire owned roughly 10% of each of the largest four airlines.) This news was a shocker from the man famous for stating, “Our favorite holding period is forever.” Later, Warren clarified his thinking on these sales: “I think there are certain industries - and unfortunately, I think that the airline industry, among others - that are really hurt by a forced shutdown by events that are far beyond our control.”

Then came the news that surprised me the most, Berkshire was not buying anything (not even Berkshire stock)! This news was not at all what I or many others expected. Clearly, the markets were fearful, but Warren was not being greedy. Wow! I watched the remaining three hours of the meeting hoping to understand this better, but Warren never really clarified (in my mind) the reason for Berkshire’s current positioning.

I left the meeting confused and a little discouraged.

It has been a few weeks since that meeting and we are now learning that Berkshire continues to sell some of their holdings. The company sold nearly 85% of its stake in Goldman Sachs and fully exited its positions in Travelers and Phillips 66. These sales are far from selling all, but they are definitely significant in numbers and mindset.

So, what are the takeaways from Warren and Charlie’s comments and actions? I’ve come up with three:

I continue to carefully listen to what Warren and Charlie say about these unprecedented times as well as watch what they are communicating with their actions. Of course, I’m doing the same with my other investment heroes and synthesizing their advice. So far – the consensus opinion is not to panic but also not to get too aggressive here. I think this is the best approach at this time.